Are you as healthy on the outside as you are on the inside? Did you know that what you put on your body is just as important as what you put into your body?

Your skin is the largest organ of your body, and one of the main functions of your skin is protection. It protects the body from external factors such as bacteria, chemicals, and temperature. However, since it is porous it’s also super absorbent.

A study published in the American Journal of Public Health looked into the skin’s absorption rates of chemicals (VOCs) found in drinking water. It showed that the skin absorbed an average of 64% of the total contaminant dosage. Other studies found the face to be several times more permeable than broad body surfaces with an absorption rate of 100% for underarms and genitalia. And another peer-reviewed study showed 100% absorption for fragrance ingredients.

That being said, it’s important to know what’s in the skin care products you’re using (especially on your face). If your products contain harmful ingredients such as toxic chemicals or fragrances, they will make their way into your soft tissue, bloodstream, and lymphatic system. The majority of skin care products contain a cocktail of carcinogenic chemicals, allergens, and irritants.

To ensure you’re not doing more harm than good to your body, it’s important to arm yourself with information and read labels to avoid damaging ingredients. Below, I’ve put together a list of the top 20 ingredients to avoid putting on your skin. 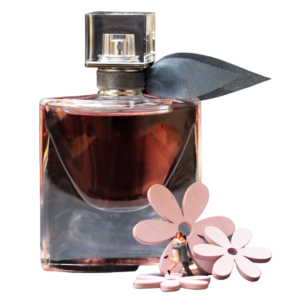 This term includes all engineered scent agents which can contain any combination of 3,000+ stock chemical ingredients (including allergens, irritants, and hormone disruptors).

Unfortunately, fragrance formulas are protected under U.S. regulations. They remain classified as patented “trade secrets.” This classification allows them to remain undisclosed.

If it says “fragrance” or “perfume” in the ingredient list it can contain any of the chemicals listed below and so much more.

These are a class of plasticized chemicals that make products more flexible, and can be found under the following names: dibutyl phthalate, DBP, DEHP, and DEP. They make the fragrance stick to your skin or make the product itself more pliable.

There is plenty of research that indicates that this family of ingredients disrupts the endocrine system, is toxic to our organs (both reproductive and non-reproductive), and might also cause birth defects.

Parabens (including methylparabens, isobutylparabens, proplyparabens, and others) are a family of preservatives used  to help prevent the growth of bacteria and mold. Parabens are some of the most common preservative agents across multiple categories.

They can be most commonly found in shampoo, face cleanser, body wash, body lotion, foundation.

This ingredient is widely used as a thickener and moisture-carrier in many skin care products. You might also find it in your cosmetics as a solvent or softener.

The danger with this ingredient is that, depending on manufacturing processes, it could be contaminated with ethylene oxide and 1,4-dioxane, both of which have a robust body of data indicating that they are carcinogens and can negatively affects hormone health.

You may find them in creams, sunscreen, shampoo. You might also find it in your cosmetics as a solvent or softener.

Retinol is a synthetic form of Vitamin A.

However, data from an FDA study indicate that retinoid ingredients may speed the development of skin tumors and lesions on sun-exposed skin (EWG). At the very least, retinol is known to cause skin irritation, photosensitivity, and is not recommended for use during pregnancy or nursing.

You’ll find it in a variety of anti-aging skin care products like moisturizers and serums. 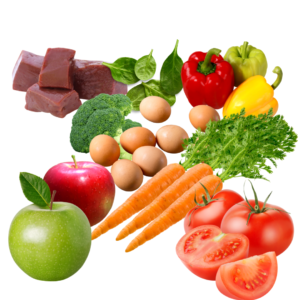 Formaldehyde is a known carcinogen and hormone disruptor. It’s also linked to asthma, neurotoxicity, developmental toxicity, and as a general irritant to the skin, eyes, and lungs. Diazolidinyl Urea is another unsafe ingredient that gives off formaldehyde.

A noted impurity in ingredients like quaternium-15, DMDM hydantoin, imidazolidinyl urea, diazolidinyl urea, sodium hydroxymethylglycinate, 2-bromo-2-nitropropane-1,3 diol (Bronopol), as well as several other preservatives that might be among the listed ingredients in your personal products.

It’s used most commonly as a preservative in nail polish. However, it can also be found in shampoo, body wash, and bubble bath.

SLS is a foam booster and cleansing agent that can cause irritations to your skin, eyes, and lungs. It can also trigger allergies. There are also concerns of it causing non-reproductive organ toxicity, as well as being an environmental toxin.

SLES is used in a similar way, but is also often contaminated with 1,4-dioxane. Its primary use is to make other chemicals less harsh.

Check your cleansing products such as face washes, shampoos, and soaps.

Both are antibacterial agents, antiperspirants, antimicrobial agents, and preservatives that cause skin, eye, and lung irritation.

However, it’s still allowed in other products, such as toothpaste, face wash, and deodorant.

These two ingredients are synthetic antioxidants used as stabilizers to extend product shelf life. They are also carcinogens and endocrine disruptors. Plus, they may even cause liver damage. 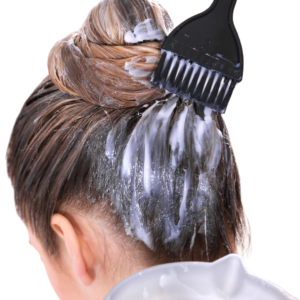 This is a binding agent added to products to improve stability and decrease the reactivity of any metal ions that may be present in your products.

While it is listed as a relatively low risk, it’s noted as commonly causing skin, eyes, and lung irritations, and it may also be toxic to your organs.

It’s most commonly found in hair color and moisturizers.

These ingredients are among many in the family of Ethanolamines. They’re foam boosters and pH adjusters. They’ve also been used to make some products thicker.

Watch out for them in hair dyes, mascara, foundation, fragrances, and sunscreens.

Most commonly found as an active ingredient in over-the-counter drugs, popular for its skin-bleaching and lightening properties. Instead, brighten your skin with vitamin C, niacinamide, or licorice extract.

You’ll also find it in fragrances and as a skin-lightening chemical that inhibits the production of melanin. It’s noted as an organ toxicity hazard linked to cancer and skin irritations.

These two ingredients are commonly found preservative ingredients in your self-care products. They’re among the most common skin, eyes, and lung irritants. They’re also the culprit of many contact skin allergies.

Look for them in shampoo, conditioner, and body wash.

This ingredient is most commonly found in solvents like paint thinner. Toluene is linked to a number of contamination concerns, including skin, eyes and lung irritants, non-reproductive organ toxicity, and it can also cause birth defects.

While lead occurs naturally in the environment, you’ll also find this ingredient as an impurity in cosmetics and skin care products.

While the FDA is working to limit cosmetics deemed to have “unsafe” levels of lead, no safe blood lead level has actually been identified. In addition to it being a carcinogen, high levels can also damage your kidneys, blood, and nervous system. 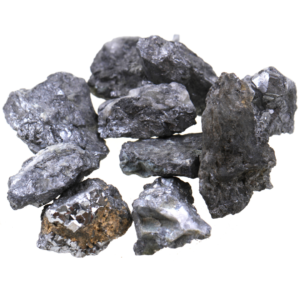 This is a common sunscreen ingredient.

Known for causing endocrine disruption, organ toxicity, and cellular level changes. Hawaii has already moved ahead in banning this ingredient as an environmental hazard.

Research links these ingredients to a wide variety of skin irritations, sensitization, and allergies, as well as being a possible hormone disruptor. And the FDA has noted that there are a number of data gaps with these ingredients as well.

Look for these sunscreen ingredients instead: Zinc Oxide, Avobenzone, and Titanium Dioxide.

This is another common sunscreen and moisturizer ingredient.

It is an organic salt that acts as a disinfectant most often used as a preservative and surfactant. If you have sensitive skin or are prone to allergies, you may want to avoid this one altogether.

Research links this ingredient to severe irritation in the eyes, skin, and respiratory system as well as allergy triggers.

And if all of that wasn’t bad enough, regular use of antimicrobials like this one could also lead to the development of resistant bacteria in your home.

You can find it in deodorants, sunscreens, and moisturizers.

It helps bind together ingredients and gives products a smooth texture. Diluted solutions are strong alkaline irritants and corrosive.

Proven to cause severe irritation to eyes, skin, and respiratory tract. Exposure to alkaline corrosives may result in severe burns depending on the concentration and duration of exposure.

Beware of cosmetics and eye creams using this ingredient.

It’s often used as a thickening agent and texture enhancer to improve spreadability.

Although not as harmful as the above list, people with sensitive skin should be cautious. Irritating if contact is made with the eyes, avoid using this ingredient on your face.

This ingredient is often found in skin-tightening products.

Feeling defeated after reviewing the ingredients in your current skincare products? Not to worry! The Wrinkle Rescue System is a safe, effective anti-aging skin care product line made for all skin types. Compare the products your currently using with ours and see the difference in just 1 minute!